Countries, Schools and People building Peace is an eTwinning project implemented as part of a KA2 Strategic Partnership in the Erasmus + programme, in which the following schools have participated, Collège Victor Hugo, Lavelanet, France, Liceo Monna Agnese, Siena, Italy, IES Carles Salvador, Aldaia, Spain. This is a project to analyze the current European context and make pupils aware about tools and values to manage social, economic and environmental conflicts peacefully and efficiently.

Amparo Gras Rosello, project coordinator at IES Carles Salvador in Aldaia, has summed up all the phases addressed during the implementation of this ambitious project. A very useful example for other schools wishing to work on a KA2 Strategic Partnership in the eTwinning platform.

From an observation of the current European and global context, we noted the presence of conflict in several areas: conflicts that give rise to problems related to social sustainability, conflict between human beings and the environment derived from a model of economic development and growth that creates problems of environment sustainability, the presence of various identities that generate conflicts in educational, social and personal areas. Conflicts are not managed peacefully due to the lack of tools to do so: knowledge, attitudes and values related to unity, participation, dialogue, tolerance and cohesion.

Based on these considerations, the schools in the School Association decided to work on PEACE with the project entitled: 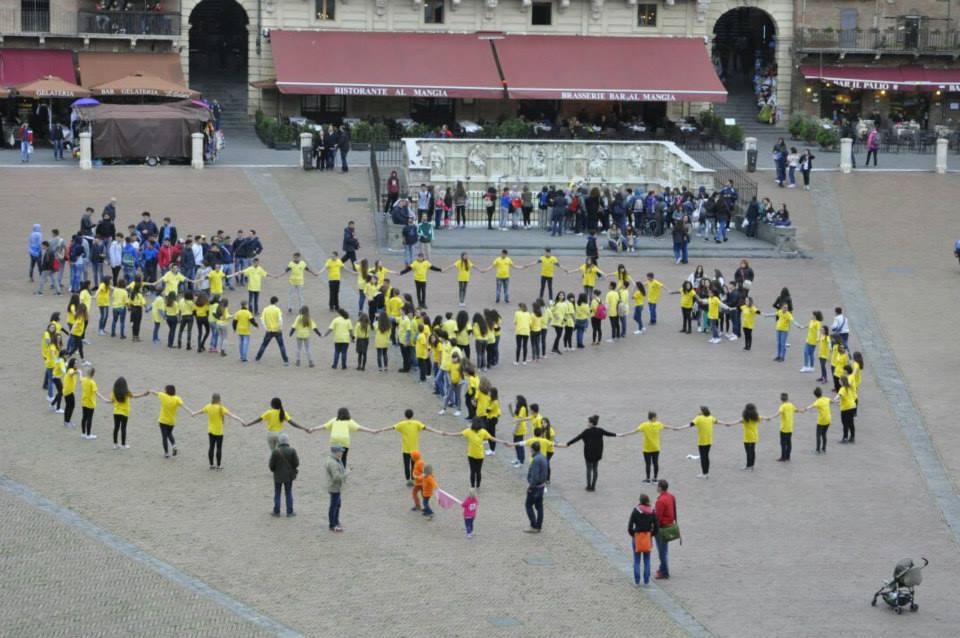 – A better understanding of conflicts, armed or otherwise, in the 20th century in Europe, as well as current ones.

– Knowing and exploring initiatives related to unity, harmony and building peace in the 20th and 21st centuries in Europe.

– Knowing the artistic manifestations and expressions related to the subject in each country.

In the field of educational communities; schools and people:

– Knowing, comparing and analyzing the causes and consequences of conflict in the different schools.

– Knowing and sharing different initiatives for resolving conflict, and especially related to internal union and cohesion, which are being implemented at different schools and analyzing the results of their application.

– Developing a bank of resources and tools for building peace in our educational communities.

– Exploring social initiatives in our immediate surroundings and displaying them.

– Creating a community for practice on the subject.

– Continuation of activities started last year and introduced at schools that didn’t do it: School Gardens and Environmental Groups.

– Registration of new students in eTwinning

– Presentation of the new groups.

– Preparation of Conference in Lavelanet:

From 12-19 December 2015: Transnational Conference and Meeting in Lavelanet.

From January to April: preparation of the conference in Aldaia.

Assessment and dissemination of the project

Benefits for the school, teachers and students.

The internationalization of the school and cooperation between schools, pupils and teachers in different countries has increased intercultural awareness, active citizenship and critical thinking. The incorporation of innovative practices (methods, tools, collaborative learning, ICT use, open educational resources, student-centred learning, social networking, eTwinning …). Students and teachers have improved proficiency in foreign languages and digital competence. It has increased motivation for daily work, the desire to learn and to continue to work with European schools.