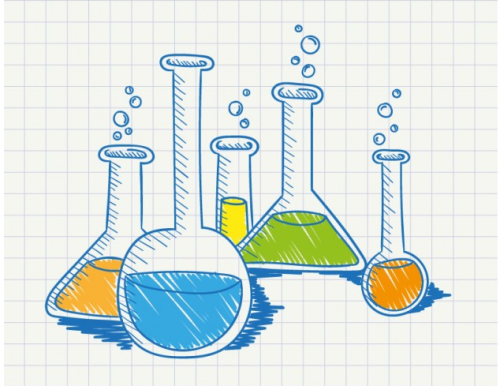 We’d like to present the project “Chemistry everywhere” (Química hasta en la sopa), winner of the 2016 European prize in the Spanish Language category, sponsored by the Spanish Ministry of Education, Culture and Sport. A good example in the Secondary Education stage of collaborative work combining science and cooking. The pupils, in international groups, exchange recipes from their national gastronomy and narrate and film personal experiences in preparing these dishes. The most original thing about the project is that they also add a chemistry problem related to the recipe in the exchange. So partners must solve scientific enigma by applying science principles to dishes. Finally they share results in a common digital book. The founding members of the project, Ángela Lupo (Liceo Linguístico Isabella D’Este, Tivoli, Italy) and Carmen Hernández (Lycée Chrestien de Troyes, Troyes, France), tell us how they conceived the project idea and the impact on each school.

Our idea with the “Chemistry everywhere” project was for our pupils to develop different skills within the framework of an interdisciplinary and collaborative European project. To do this, we had the goal of preparing a book of video recipes with comments, photos and, above all, with the explanation of some physical and chemical phenomena that occur when making the dishes.

Thus, the main aims that we proposed and that we reached with two 4th year classes, one Italian and one French, were the following: 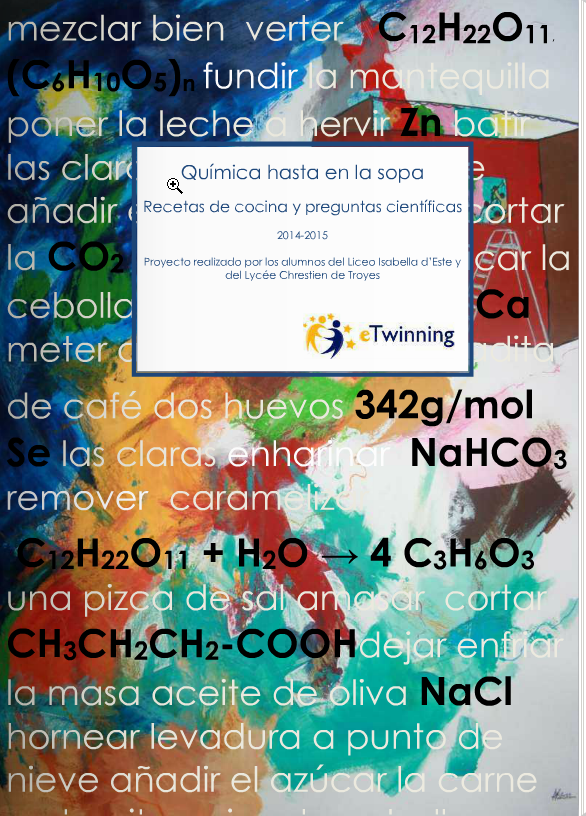 The project, which lasted three months, generally went as we’d anticipated. We think it was a great success to form working groups: national pairs and then binational groups because otherwise it wouldn’t have been possible to achieve collaborative work in interaction. For many pupils it was the first time they’d worked as a team on a long project. However, the kids generally respected the deadlines we gave them at each stage of the project. We worked at a good pace except at certain times when everything slowed down due to different school calendars.

Another good idea was to carry out a large part of the work in children’s homes, in the kitchen, and to thus have the indirect involvement of the parents. It was a way to get closer to them too.

In terms of ICT, it wasn’t difficult to use the applications, especially in the Italian high school, since as it was an IPad experiment class they already knew them. In France, despite some technical difficulties we had in the computer room, we managed to finish on time.

The project was undoubtedly very well accepted from the beginning by the kids. They loved the idea of sending recipes and scientific questions in video form to kids from another country. They also found it great fun to record it in the kitchen. Their enthusiasm didn’t waver when they received video recipes from partners, because it was time to return to the kitchen and, in a fun way, to scientific thinking as well. They were therefore able to come into contact with another way of experiencing cooking and food and realized that physical and chemical phenomena are not distant or abstract things, but are present in our daily life.

It is also worth noting that all the material that appears in the video recipe book: videos, written recipes, photos, comments, scientific questions and answers, was made by the pupils. In addition to the clear involvement of the children, the project had the coordinated involvement of Spanish teachers, science teachers and conversation assistants.

The magazine and its recipes, physics and chemistry questions and its videos is now available to our respective schools and other teachers to carry out teaching activities related both to learning Spanish (cooking vocabulary, grammatical structures, oral comprehension, written comprehension) and learning science.

The European eTwinning ‘Spanish Language’ Prize category has been a great satisfaction and a reward for both our commitment and the pupils’.

Thanks to this successful experience, we the teachers have also improved our technological and teaching skills. We’ve learned to carry out a new type of project that opens up other perspectives in teaching innovation for us, and in which we’ll continue to create new projects for our students.

“The work we did with eTwinnig was really complex. The final product is a book with videos and recipes, but doing it was more complicated: we picked the pairs and then the Italians and French worked together, looking for common moments to reach an agreement, we chose recipes, we recorded the video with the recipe, we saw the French one and we cooked. All in fixed times.

We learned the technical vocabulary for recipes and proverbs about food. We also learned how to make and explain a recipe.

It was complex and complicated, but it was fun and educational! “(Rebecca)

“The project was very laborious but we also had a lot of fun cooking from Italian and French recipes. We learned things about French cuisine and also some new words, so our Spanish improved. It was a really good project, especially for our education”(Alice).