I take the floor

‘I take the floor’ is an eTwinning project between schools in France, Italy, England, Turkey and Spain. It is mainly focussed on the language proficiency of participating pupils, using Spanish as the working language. The activities carried out in collaboration with partner schools show more than satisfactory results that have increased pupil motivation, encouraged work on key competencies and teamwork in international groups. In addition we should underline the good diffusion of the project through the school website and through social networks like Facebook and Twitter. The teacher Juan Fco. Peñas Viso, coordinator at the school of CPEIP San Babil (Navarra) describes the experience and how important it is to build a team and make use of eTwinning projects.

The project was designed to work on language proficiency with participating pupils, both in understanding and in oral and written expression. We used Spanish as the working language in the project. For some it was their mother tongue and for others a foreign language. Pupils and teachers from France, Italy, England, Turkey and Spain participated. Working all together, the teaching-learning process proved more motivating and meaningful. 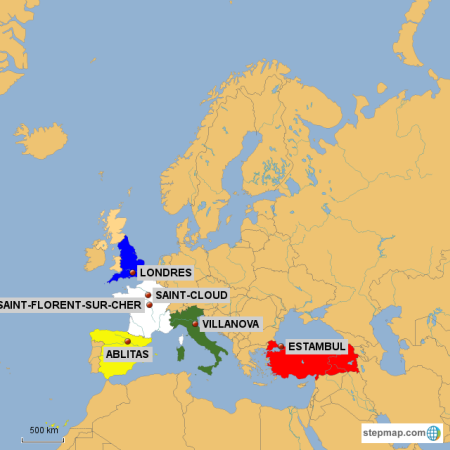 The goals initially pursued were achieved throughout the project:

The fact that the pupils were from five different countries and different educational stages was no problem. On the contrary, it allowed further enrichment with contributions in the various project activities. In Spain, pupils from the CPEIP “San Babil” (primary school) in Ablitas were in third stage of Primary Education (10-12 years), while in France (Voltaire College of Saint-Florent-sur-Cher and Gounod College of Saint Cloud), Italy (IC Borgoricco) and Turkey (Istanbul Isik okullari) they were Secondary School pupils (12-14 years). The English ones (Midfield Primary School in Orpington Kent) were primary education pupils and, although they joined late, they did participate successfully in some of the project activities. 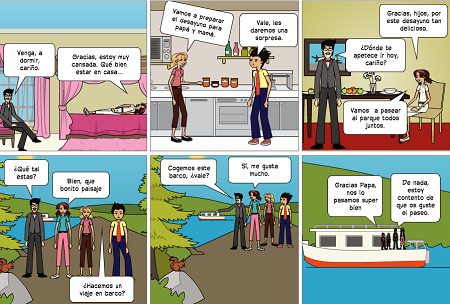 Videoconferences were conducted among pupils, while other colleagues used chats and Twinspace forums. We would have liked more interaction among them, but the different school hours and calendars didn’t allow for any more opportunities.

The participation of all project partners was excellent, from the planning and coordination among teachers through videoconferencing, to the implementation of activities by pupils. The different phases of the project allowed individual work in small class groups and groups of mixed nationalities. As a result of the project we can see the different language productions carried out, the appropriate use of ICT and web 2.0 tools to carry out the activities, project-based learning (PBL) and greater awareness of the European dimension by having colleagues from other European countries. In this way, the project satisfied the four basic principles of the eTwinning programme.

At my school there was internal coordination between tutors in the Third Stage of Primary Education to integrate the project into our schedules in the Spanish Language area. So we formed an eTwinning teaching team that allowed the participation of all pupils in the stage and which proved very satisfactory.

The greatest benefit was the motivation of pupils with the participation in an eTwinning project. As teachers, it allowed us to improve methodological strategies by taking into account the contributions of our partners, and it made us be more creative by proposing tasks for pupils with different ages and language skills. For pupils, carrying out a project with colleagues from other countries provided them with the concept of European citizenship and made them see things from other perspectives, sharing spaces and collaborating in final productions.

Materials developed during the project can serve as examples of the different types of texts studied and that are within the curriculum of the Language area. Creative use of the different web 2.0 tools to conduct collaborative activities among pupils can offer teachers ideas of how to carry out their eTwinning projects. Similarly, organization of the Twinspace as a preferred place for dissemination of the work done can help to structure and give greater use in other projects. 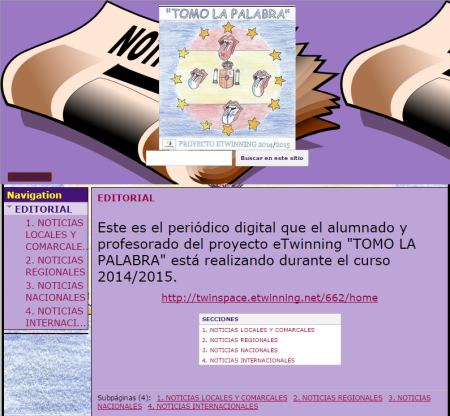 Although on other occasions the National Award is only given to the project coordinator, on this occasion two teachers were lucky enough to win, Pedro Pablo Lucena Redondo and Juan F. Peñas Viso. For the former it meant his first prize at national level and it was a great joy for him to see his work in the background recognized. For myself, after having already received several awards, it’s still a great encouragement to continue planning and offering such motivating projects and, like this one, so well received, even though there are more and more quality projects in eTwinning, something which makes us feel even prouder of the work done. We’d both like to dedicate this award to our partner Mª Jesús Escribano Ayensa, who also participated with her pupils in the project and is currently off work. ‘Congratulations and good luck!!!

I’ve always thought that a high degree of the success in an eTwinning project lies with the partners involved. That’s why I asked my dear, admired colleagues to “Take the floor” and write down their impressions. ‘What a Great Team!!!.

Take the floor in eTwinning has been one of the most comprehensive learning experiences I’ve had. As a facilitator, my learning led me to learn and use ICT and Web 2.0 tools that enriched my teaching practice horizon. Frequent communication between teachers and pupils aroused my concern and knowledge about what happens in classrooms in other European countries in teaching and learning strategies. Feedback and evidence of things learnt by pupils participating in the programme was extraordinary, as both the pupils and learning Spanish were the focus of the project and the engine that led to the success that it is now recognized. Although it was our first experience in eTwinning and was even a project that we joined in its final part, the professionalism of colleagues and the motivation of the pupils participating led to our constant progress and learning. I have no doubt that “take the floor” was a significant and comprehensive learning process for all those who participated in it.

Video made by partners from other countries to congratulate us on the award.

Thank you very much to all those who participated in this project, teachers and students, and to all those who have supported and encouraged us from outside, advisors, families, ambassadors and eTwinners in general us. Long live eTwinning!!!